Mid-IR laser ablation at atmospheric pressure (AP) produces a mixture of ions, neutrals, clusters, and particles with a size distribution extending into the nanoparticle
range. Using external electric fields the ions can be extracted and sampled by a mass spectrometer. In AP infrared (IR) matrix-assisted laser desorption ionization (MALDI)
experiments, the plume was shown to contain an appreciable proportion of ionic components that reflected the composition of the ablated target and enabled mass spectrometric
analysis. The detected ion intensities rapidly declined with increasing distance of sampling from the ablated surface to ∼4 mm. This was rationalized in terms of ion recombination
and the stopping of the plume expansion by the background gas. In laser ablation electrospray ionization (LAESI) experiments, the ablation plume was intercepted by an electrospray.
The neutral particles in the plume were ionized by the charged droplets in the spray and enabled the detection of large molecules (up to 66 kDa). Maximum ion production
in LAESI was observed at large (∼15 mm) spray axis to ablated surface distance indicating a radically different ion formation mechanism compared to AP IR-MALDI. The
feasibility of molecular imaging by both AP IR-MALDI and LAESI was demonstrated on targets with mock patterns. 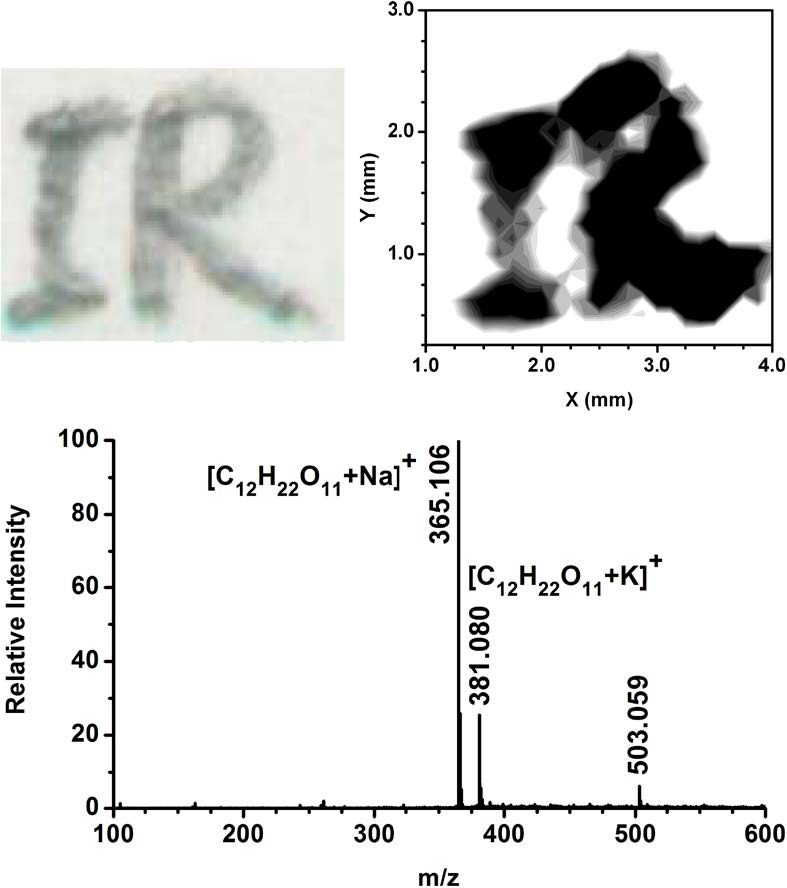