B. Shrestha and A. Vertes

Depending on age, phase in the cell cycle, nutrition, and environmental factors, individual cells exhibit large metabolic diversity. To explore metabolic variations in cell populations, laser ablation electrospray ionization (LAESI) mass spectrometry (MS) was used for the in situ analysis of individual cells at atmospheric pressure. Single cell ablation was achieved by delivering mid-IR laser pulses through the etched tip of a GeO2-based glass fiber. Metabolic analysis was performed from single cells and small cell populations of Allium cepa and Narcissus pseudonarcissus bulb epidermis, as well as single eggs of Lytechinus pictus. Of the 332 peaks detected for A. cepa, 35 were assigned to metabolites with the help of accurate ion masses and tandem MS. The metabolic profiles from single cells of the two plant species included a large variety of oligosaccharides including possibly fructans in A. cepa, and alkaloids, e.g., lycorine in N. pseudonarcissus. Analysis of adjacent individual cells with a difference in pigmentation showed that, in addition to essential metabolites found in both variants, the pigmented cells contained anthocyanidins, other flavonoids, and their glucosides. Analysis of single epidermal cells from different scale leaves in an A. cepa bulb showed metabolic differences corresponding to their age. Our results indicate the feasibility of using LAESI-MS for the in situ analysis of metabolites in single cells with potential applications in studying cell differentiation, changes due to disease states, and response to xenobiotics. 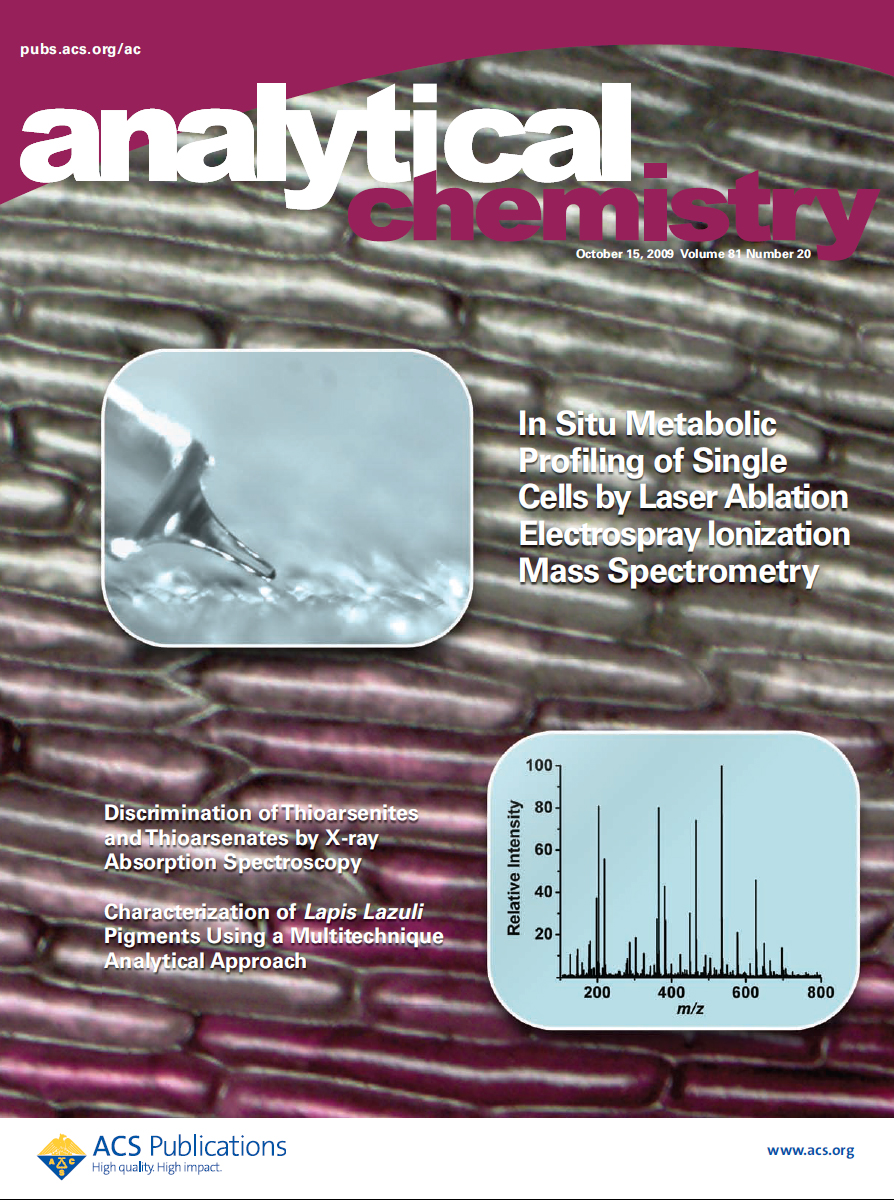