The utility of atmospheric pressure infrared MALDI mass spectrometry (AP IR-MALDI) was assessed for plant metabolomics studies. Tissue sections from plant organs, including flowers, ovaries, aggregate fruits, fruits, leaves, tubers, bulbs, and seeds were studied in both positive and negative ion modes. For leaves, single laser pulses sampled the cuticle and upper epidermal cells, whereas multiple pulses were demonstrated to ablate some mesophyll layers. Tandem mass spectra were obtained with collision-activated dissociation to aid with the identification of some observed ions. In the positive mode, most ions were produced as potassium, proton, or sometimes sodium ion adducts, whereas proton loss was dominant in the negative ion mode. Over 50 small metabolites and various lipids were detected in the spectra including, for example, 7 of the 10 intermediates in the citric acid cycle. Key components of the glycolysis pathway occurring in the plant cytosol were found along with intermediates of phospholipid biosynthesis and reactants or products of amino acid, nucleotide, oligosaccharide, and flavonoid biosynthesis. AP IR-MALDI mass spectrometry was used to follow the fluid transport driven by transpiration and image the spatial distributions of several metabolites in a white lily (Lilium candidum) flower petal. 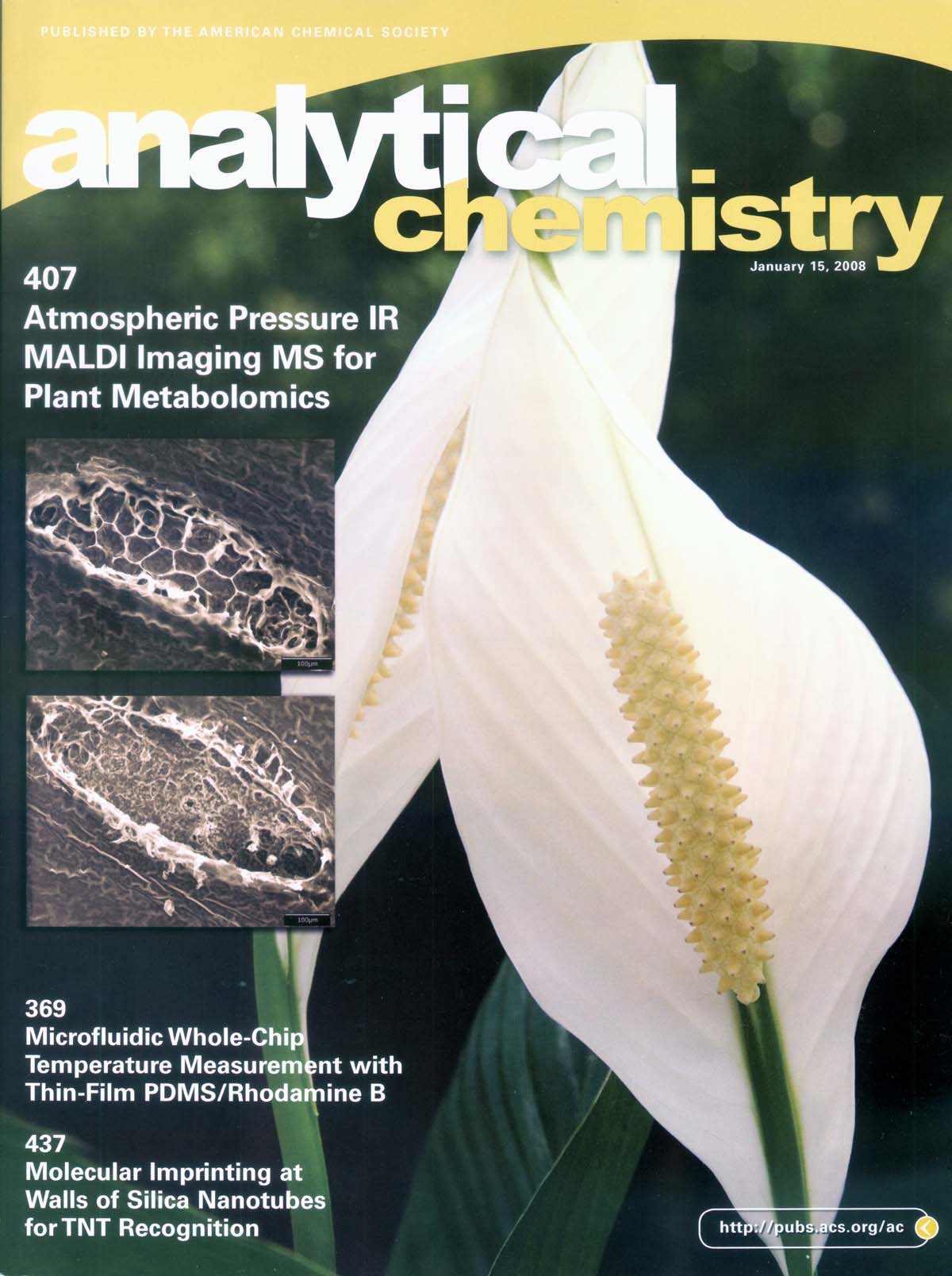